Is Colombia a Third World Country? 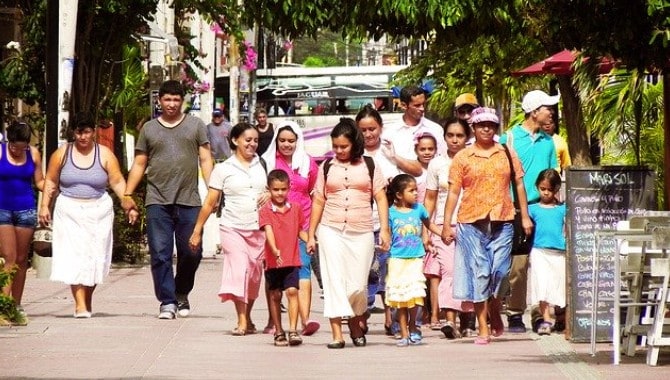 Columbia is a great country and it has a lot to offer. The South American country is popular for its attractions, emerald, gold, and rich volcanic soils. The progressive country is home to many great sportsmen, literary figures, and world-famous musicians.

Is Colombia a third world country? Yes, it is. Colombia can be described as a third world country by modern definitions. Economically, it is less advanced than the first and second world countries. The country faces high levels of corruption, poverty, crime, and some cities are still unsafe. The life expectancy is low and there is poor access to the available infrastructure.

Even though ‘third world’ may not be the most accurate term to describe Colombia, I find it to be very similar to other third world countries. The country faces challenges such as corruption, high levels of poverty, and insufficient access to healthcare. Keep reading to learn more about Colombia.

The term third world is presently used in relevance to indexes of development. They include; living standards, healthcare, life expectancy, capita income, and standards of education. Colombia ranks poorly in all of them. Colombia is an emerging market economy. The country’s Human Development Index and per capita are both low. There is limited access to healthcare and quality education. The country also faces political instability and high poverty levels.

In Colombia, tropical diseases are a major concern. Almost 85% of the territory faces malaria. Tropical diseases are some of the leading causes of death. According to the World Health Organization, the Colombian healthcare system is ranked 22 out of 191 countries. It is a lot better than most countries in the region. 23 of the 58 leading Latin American countries are in Colombia.

For university, there are three levels; professional, maestria/magister, and doctor. Basic education is free, compulsory, and easily accessible. In 2016, the country’s literacy rate was 94. 65%.

Even though education is free, it is not easily accessible in some rural areas. Two out of 10 children in rural areas don’t attend school. Even though the country invests 4.6% of the annual GDP in education, a very small percentage goes to rural education.

Even though Colombia’s ecosystem is diverse, it faces lots of challenges. Some of the country’s biggest environmental problems include; soil erosion, deforestation, and illegal drug crops.

3.4% of children below five years old suffered global malnutrition in 2010. 13% of them suffered from chronic malnutrition.

Colombia is a relatively safe country. Even though it was previously considered one of the most dangerous countries in the world, the narrative continues to change over the years. The country now has a vibrant tourism sector and most parts are safe for both tourists and locals.

However, it is true that Colombia was once famous for violence. In 2002, it had exceptionally high rates of homicide. Even though Colombia ended the civil war in 2016, it still experiences high rates of gang violence and drug trafficking.

What Is the Best Time to Visit Colombia?

Colombia is an interesting country and you can have a good time regardless of when you visit. However, I suggest that you avoid tourist seasons as prices tend to go up.

The peak season is from December to March. Colombia attracts tourists from all over the world. Easter season also attracts lots of tourists. If you choose to visit during these seasons, be prepared to spend a lot of money.

From December to March, the weather is warm and sunny. This period receives very little rainfall. However, you can still expect some rain. The period from January to March is very busy. It is a great time for hiking and beach-hoping.

I suggest that you visit when there are fewer tourists. Colombia’s shoulder season starts in July and ends in September. It is the country’s second dry season. There is little to no rainfall in most parts of the country.

Colombia’s offseason months include April, May, June, October, and November. It is the cheapest time to travel. Even though there is frequent rain during the offseason, you still have the chance to enjoy the sun. If you plan on visiting the Amazon, I suggest that you visit during the offseason.

It is one of the biggest carnivals and it attracts many tourists. Cali Fair is another popular festival. It starts from Christmas Eve to the 30th of December.

Is Colombia Safe for Tourists?

Colombia is a pretty safe country for tourists as long as they exercise common sense. Like in any other country, some towns are safer than others. In 2016, the long civil war between the paramilitary group FARC and the government came to an end. Since then, the country is generally safe for all travellers.

The cases of kidnapping have dropped by about 90% over the last 15 years. However, the cases may be high in sketchy areas such as rural roads. The Northeastern parts of Colombia are still unsafe. The risk of being kidnapped is still high. I suggest that you stay away from those areas.

Secuestro Express is a common problem in Colombia. You get kidnapped for a short time. The kidnappers drive you around for as long as it takes to max out your credit card and empty your bank account. They may hold you while your family or friends drive around the town withdrawing money from ATMs.

Most victims are those who get into a taxi. Apart from theft, you may also be a victim of sexual assault or assault. Be very careful when using taxis in Colombia.

Colombia is safe for female travellers. However, there may be cases of catcalling and unappreciated advances.

Apply common sense rules when travelling in any part of Colombia. Do not wear flashy clothing or jewellery. Try to blend in as much as possible. If you are travelling with expensive equipment, avoid leaving them unattended. Use modest packaging and avoid unsafe areas. Do not carry more money than you do and always carry an extra wallet.

What Are the Safest Cities in Colombia?

There are lots of safe cities in Colombia. If you plan on visiting the country, I suggest that you visit these cities;

Even though Bogota is often portrayed as an unsafe city, it is safe. It is safer than most South American urban areas. Bogota has grown to be one of the hippest cultural centres in the world.

It is the perfect city to visit if you want to enjoy Colombia’s interesting cuisine, dance, art, and music. There are lots of local bars and the nightlife is exciting.

Manizales is popularly known as ‘the city of open doors.’ It is a safe city that attracts lots of tourists for the Manizales Fair. The fair was declared the nation’s cultural heritage. It features activities such as bullfighting and concerts.

Medellin comes to mind when one mentions Pablo Escobar. The town got lots of fame for crime and cocaine. However, things have changed significantly over the past few yew years. Medellin is one of the country’s safest cities. It is now popular for its galleries, parks, and street concerts.

Pereira, also known as the city without doors, is one of the country’s safest cities. It attracts many anyone that seeks employment in the coffee sector. Visitors love it for the Matecana Zoo and various representative places.

This one of my favourite cities in Colombia. It is perfect for travellers who want to get away from crowded cities. Cali is famous for its old architecture, beautiful beaches, and interesting cuisine. It is one of the safest and most touristy cities.

Barranquilla is also known as the Golden Gate of Colombia. It is known for its carnival and Caribbean culture. It is one of the best cities to visit if you want to enjoy the country’s culture.

In conclusion, Colombia is a third world country by modern standards. Even though it was pro-USA during the cold war, it faces challenges that may not be common in first and second world countries.