Is Gosport a Good Place to Live?﻿ 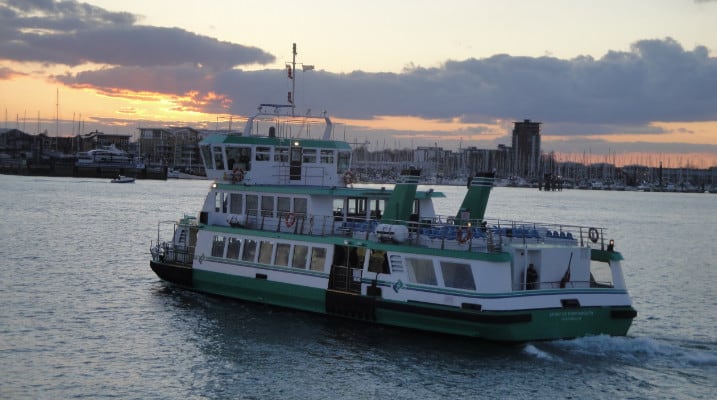 Although it has traditionally been viewed as the grim sidekick to the bigger, more popular Portsmouth, Gosport is well worth considering for those thinking of moving to the UK. Gosport is a Hampshire town that offers residents seaside and countryside living due to the amazing Gosport peninsula. This Hampshire town also offers residents a beautiful blend of old and contemporary housing options.

Is Gosport a good place to live? Gosport is a busy town in a good location. Though there are properties for millionaires to stay in, general house prices in this town are affordable. Gosport is adjacent to Portsmouth Harbour and Solent; therefore water sports like sailing are a major attraction in this town.

Whether you are moving to Gosport because of work or are simply considering a new relocation base in the United Kingdom, you have landed on this blog because you want to know more.

Read on to find out more.

Is Gosport a good place to Live?

Just like most towns in the UK, Gosport has some good and bad neighbourhoods. Some of the best neighbourhoods are Alverstoke Village, Cherque Farm, Royal Haslar Village, Lee-on-the-Solent and Royal Clearance Yard. Stanley Park, Priority Road, and Jackie Spencer Bridge are some of the worst neighbourhoods in Gosport. The crime rates in Gosport are not great, but they’re better than that of some other towns in Hampshire area.

Families moving here with school-going children do not have to worry because Gosport has high-quality schools. Some infant schools such as Alverstoke Community Infant School, Crofton Anne Dale Infant School and Crofton Hammond Infant School have been rated as “outstanding” by Ofsted. Some of the primary schools such as Helsworth Primary School and Woodcot Primary School have been given a “good” Ofsted rating. St. Vincent College has also been given a “good” rating.

Being a peninsula city without an operational railway line, Gosport depends highly on the main A32 road. As a result, traffic congestion is a common problem. Residents also use the Gosport Ferry to travel to the Portsmouth Harbour Railway station, which is a terminus of Portsmouth Direct Line to UK’s Capital. A new lane for buses was also allocated in the city to reduce traffic congestion.

Social life in Gosport is fairly lively. The beach offers a wide variety of cafes and seaside activities for both kids and adults, while the town centre is also filled with great eateries that offer fresh delicacies. Gosport nightlife provides residents with an opportunity to listen to the latest music and have a fun night at the club.

Is Gosport a good place to Work?

The rate of unemployment in this town is lower than the average rate for Hampshire and also lower than the national average. This suggests that getting a job here might be easier compared to other places. Most people working in Gosport are engaged by marine, aerospace, advanced manufacturing, tourism and leisure sectors with healthcare also providing significant job opportunities.

Wages are quite good in comparison to the national mean, with £19,581 being the mean salary for somebody working in Gosport.

There is plenty of opportunities here for those beginning their careers, with plenty of well-salaried entry-level employment positions. This town also offers very many investment opportunities for new businesses. The Gosport Borough Council aims to ensure that the local economy of this town will be thriving with increased investment by 2026.

Is Gosport a good place to buy a House?

Although Gasport is a historic city with several conversation areas, scheduled monuments and very many listed buildings, it has over the recent times been attracting new housing investments. Today it can provide residents with an attractive blend of old and modern home options. This mix includes seaside properties at Lee-on-the-Solent and Stokes Bay; waterfront homes at Priddy’s Hard and Royal Clarence Yard; exquisite Georgian properties in Alverstoke Village; and waterfront and parkland housing at Royal Haslar Village. Read Also: Is Dartford a Good Place to Live?

Though there are pricey homes in the area, overall property prices in this town are affordable making the high quality of life really accessible. In April 2019, the average price for a property in Gosport was £217,994. Flats in this town sold for a mean of £167,086 while terraced homes sold for an average of £198,070.

Is Gosport a good place to Retire?

Moving to the UK soon? Gosport is a good place to retire. This town has some very desirable neighbourhoods and access to the sea. The healthcare here, usually a concern for senior people, is very reliable.

The amenities are top-notch and the seaside and countryside offer plenty of health and fitness activities. One particular advantage of moving to Gosport is the readily available number of retirement properties. For those who can afford them, Gosport has greatly desirable residential properties for people above the age of 60 with 4 and even 5 bedrooms. Discounts are availed to older home buyers; therefore it is well worth considering Gosport for a retirement home.

Is Gosport a good place to Visit?

Whether it is a day trip, weekend stopover or a vacation, there is plenty to enjoy and do in Gosport. Explore the interesting history and culture of their museums or their extensive Waterfront features. The wonderful south facing beaches face out toward the Isle of Wight and Solent.

The Museum of Naval Firepower is an interactive museum based in Gosport’s previous gunpowder and ammunition depot. This museum is open during weekends from 10 am to 4 pm and it describes naval warfare from the times of gunpowder to the missiles used today.

Another museum that details the history of the navy is the Royal Navy Submarine Museum. Visitors partake in a guided tour of the HMS Alliance WW2 submarine, guided by a submariner, or get aboard the Holland 1, the first submarine of the Navy from 1901.

Museum of Diving is a top-notch family-friendly museum located in Gosport. It has fascinating exhibits which cover all aspects of deep sea diving, from the first-ever diving helmet in the world to modern military, business, and scientific diving apparatus. It even showcases the equipment used in James Bond movies.

The 1642 Living History Village takes visitors back in time. Meet and interact with the villagers clothed in period costumes as they showcase the old age skills of blacksmiths, lace makers, weavers and potters.

Visitors can also take a leisure cruise on the Gosport Ferry. Cruises are open from May to September and visitors can take in scenic and exciting locations like Beaulieu Rivers, Hamble and Portsmouth Harbour. People can also view superb sights of the ships in dock and Spinnaker Tower. It is a great way to spend a fun day out with family and friends.

During summer (April to October), visitors can visit the Portsmouth Harbour Waterbus and have a great time enjoying Portsmouth and Gosport tourist attractions. This is a great way to beat the summer heat.

Sailing and other water sports are a very popular attraction in Gosport because the town is surrounded by water. However, there is also a wide range of land activities such as 2 golf courses, football, tennis clubs, and rugby clubs. There’s also the Gosport Leisure Park which has a leisure centre, pool and an exciting ice rink.

In addition to the 3km Waterfront trail, 200ha of Alver Valley Country Park, and 27ha of Wildgrounds nature reserve, and the beaches located at Lee-on-the-Solent and Stokes Bay, Gosport offers visitors and locals numerous routes for cycling, walking and running.

Proximity to Portsmouth, Chichester, Southampton and Winchester, plus the Isle of Wight, New Forest and the South Down National Parks also add to the numerous activities on offer to people living in Gosport.